The Controversy of Peony as Chinese National Flower

The Controversy of Peony as Chinese National Flower

It confirmed that ancient ancestors have portrayed the form of various flowers on the rough stone tools since Paleolithic Age. After character appeared, the record of flowers was more voluminous.

So, when did the concept of the national flower originate? What popular flowers in China have appeared?

The peony in the Tang Dynasty was popular.

The concept of national flower can be traced back to the Tang Dynasty,

when it comes to the national flower of the Tang Dynasty, it definitely was. During the Sui and Tang Dynasties, the 15th day of the lunar calendar was the birthday of Baihua, called the “Flower Dynasty”, which was a grand flower-viewing event. The peony was especially popular, and when peony flowering appeared on the market,every one rushed to buy and enjoy flowers. The name "national flower" in the creferred to the peony.

According to a scholar's research, although there were records of "Southern China Flower" and "Old Country Flower" before the Ming Dynasty, "National Flower" was not an independent word. It was the earliest appearance of the “National Flower” in Ming Dynasty. The literati mostly placed the name of the "national flower" on the peony, and the literature of the late Ming Dynasty called the peony the national flower. In a Ming Dynasty literary works "A Brief View of Emperor Beijing ", there is a record showed that the Beijing Jile Temple constructed a National Flower Hall because a eunuch widely planted peonies.

In 1900, the "Gengzi Incident" made the peony scenery of the Jile Temple no longer. In the mid-1930s, with the endless effort of the abbot of Jile Temple and other people, peonies were replanted, so the number of tourists gradually increased, and somewhat restored the spectacular sight.

This peony temple went through ups and downs for more than 300 years,leaving a deep memory for countless people and strengthened the impression of peony. This has had a profound impact on the concept and expression of the "national flower peony". 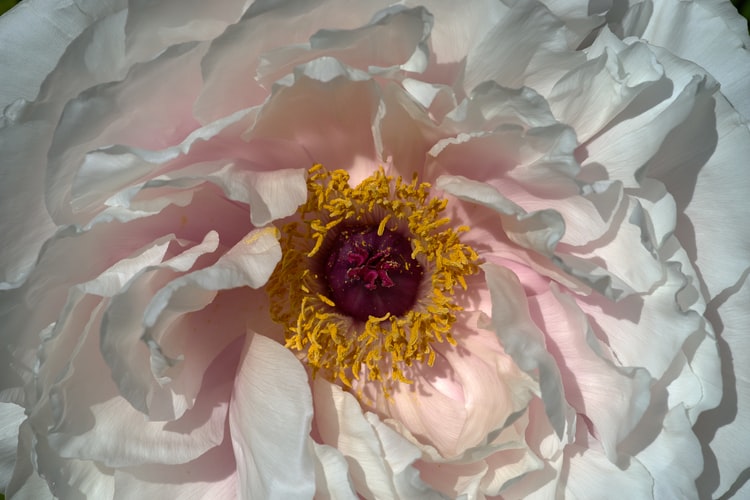 In the Republic of China, some people regarded rice flower as the "national flower".

After the victory of the Northern Expedition, in the discussion and deliberation of all parties, the three types of flowers plum, chrysanthemum and peony, were chosen as alternatives. Peony, which has always prevailed, is almost excluded from this selection.